Built in 1929, this prestigious address on Paris’s Champ de Mars was once the residence of the Darblays, a rich French industrial family who built the famous papermill known as the Chapelle Darblay. According to Christelle Moatti of COGEMAD (the architecture and development firm responsible for designing this apartment), the Darblay family began selling off parts of the building as apartments in 1930 as a result of the Great Depression.

Located on the European first floor of the building known as the “noble floor” (one above the ground floor), this apartment has the highest ceilings in the building, according to Ms. Moatti.

COGEMAD is well known for the construction and sale of the famous Chateau Louis XIV, located between Versailles and Marly-le-Roi in the Ile-de-France region. The chateau stands on land that once formed part of the Versailles estate, and pays tribute to King Louis XIV of France. It was sold in 2015 at a world-record price, still held to this day, of £200 million.

A world unto itself, the home’s agent, Paulo Fernandes, described the feeling one gets stepping into the grand apartment: “You find yourself invaded by a delightful sense of tranquility, of exceptional privacy, sheltered from the nearby Parisian hustle and bustle.”

Stats
The 7,201-square-foot apartment has four bedrooms and four full bathrooms. The duplex apartment occupies the entire second floor (or European first floor) as well as some of the third floor of the building, which itself has six main apartments, plus a concierge apartment.

Amenities
Despite its classic design, the apartment comes equipped with some seriously high-tech amenities, such as a home automation system that controls the lights, music, air-conditioning, curtains, A/V systems and security. It also boasts its own gym full of Technogym equipment, as well as a spa with a massage room, sauna and hammam. A home cinema offers full 4K movies with incredible Dolby Atmos sound, and a wine cellar is stocked to the brim with exceptional wines, including Chateau d’Yquem and Chateau Latour among its 450 exquisite bottles. According to Ms. Moatti, the wines have been selected by wine broker Michael Wijnen, former manager of Warner Music France.

There is also an elaborately designed library/study, and a chef grade La Cornue kitchen, of which Mr. Fernandes has this to say: “The kitchen is not a static room full of machines, it is a mindset, and the choice of luxury kitchen appliances is key to making the space work.”

Neighborhood Notes
The apartment is located in the seventh district, or arrondissement, of Paris, well known for its high concentration of historical buildings and tourist attractions, including the Hotel des Invalides (Napoleon’s resting place), the Ecole Militaire, and the Chapel of Our Lady of the Miraculous Medal. Most remarkably of all, the Eiffel Tower is only a few steps away from the building.

The district is also densely packed with such world-famous museums as the Musée d’Orsay, Musée Rodin, and the Musée du quai Branly. It has been home to the French upper class since the 17th century, and is one of the most affluent and prestigious residential areas in France.

Mr. Fernandes describes the positioning of the apartment as being “located on the prestigious Champ de Mars, directly facing the Eiffel Tower, with completely unobstructed, dazzling views of the famous Parisian landmark.” 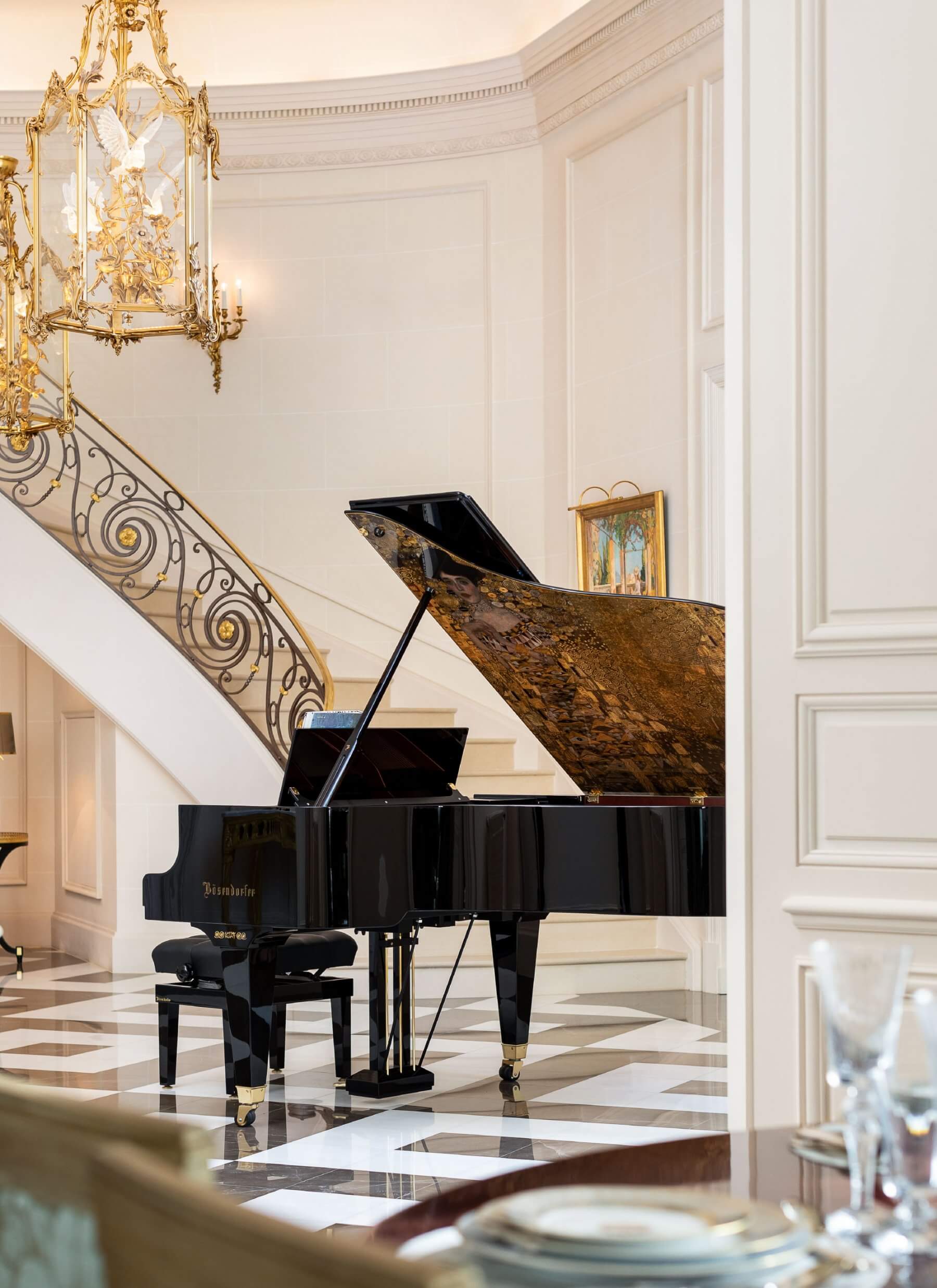 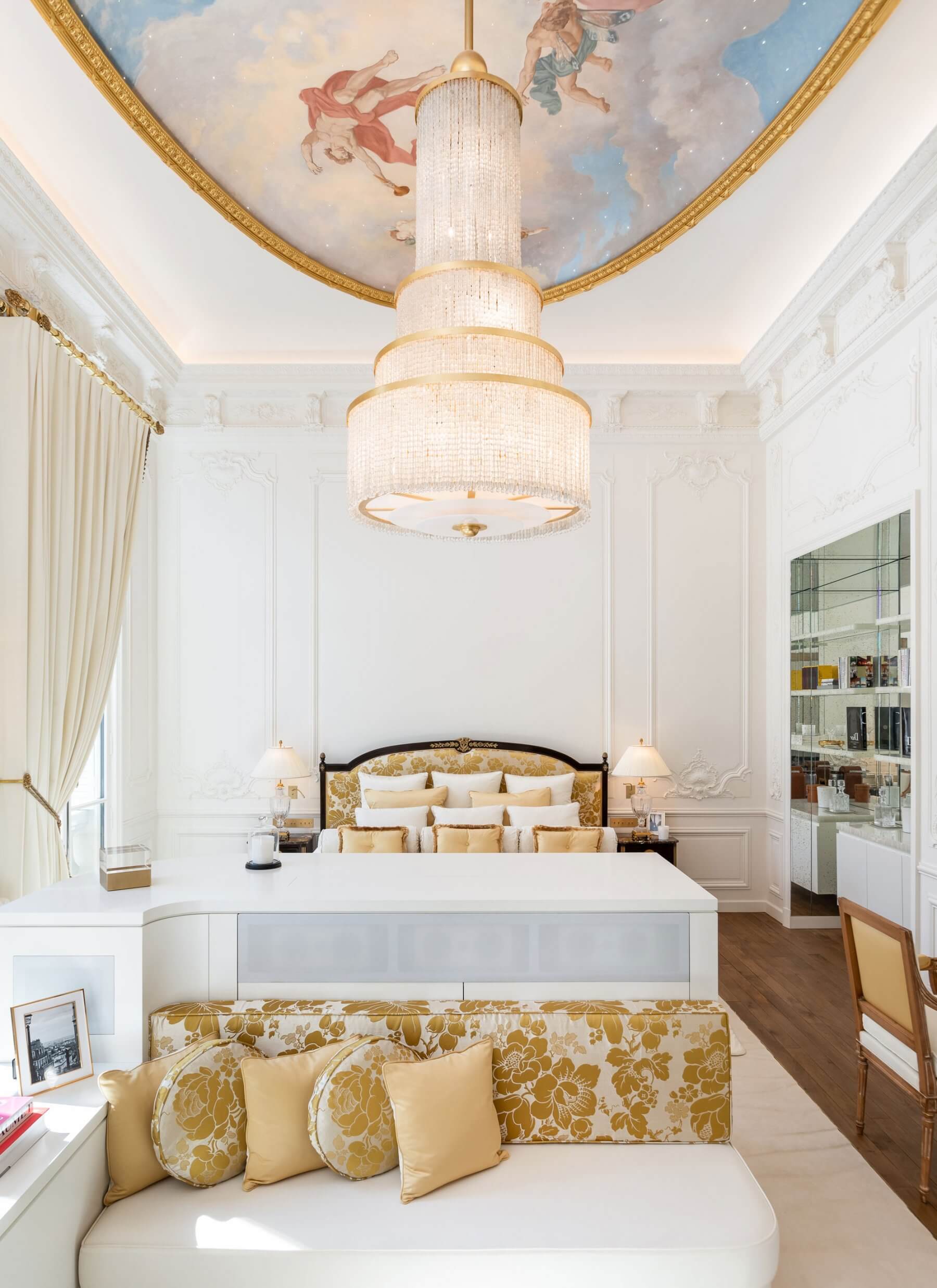